Experimenting and co-creating with our Community 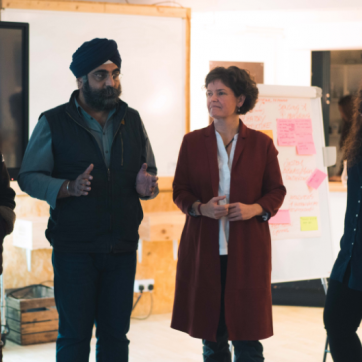 We are running a portfolio of cutting-edge projects and experiments with our community of partners, friends and collaborators. We have a particular focus on working with actors and organisations that bring new voices into our community. We believe that an open, vibrant and diverse community is the only way to make the change we need. For example, we are working with museums, artists, comedians, humanitarians, journalists, sports, graphic designers and more, to explore and bring attention to the many and varied actors in the climate action space.

Find out about our past and current projects and experiments below.

The CEE Community LAB is an action-oriented network and co-creation ‘lab’ that brings people together – from the public and private sectors – to address climate change challenges in central and Eastern Europe (CEE).

The LAB aims to build the trust, capacity and cross-sectoral collaborations that are needed to trigger transformative, systemic change. Collaborations will address priority areas for the region, including retrofit, smart agriculture, re-industrialisation and other significant sectors in CEE. 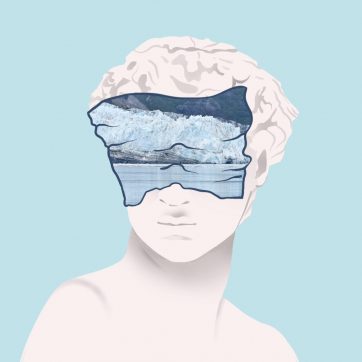 We Are Museums, as part of their Museums for Climate initiative, is partnering with EIT Climate-KIC’s Community Activation team to design a series of events. The pilot took place in November 2019, which you can read more about here.

The mission is to turn museums and their local communities into climate leaders, and to foster systemic changes towards a climate-resilient future. 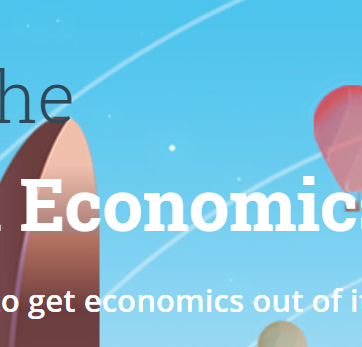 Edgeryders held an Economics Sci-fi Seminar in Brussels in November 2019. The purpose of this seminar was to create a space for science fiction authors and economists to work together through a dedicated event, where experts and the general public, especially science fiction fans, could take part to imagine climate-resilient future(s). 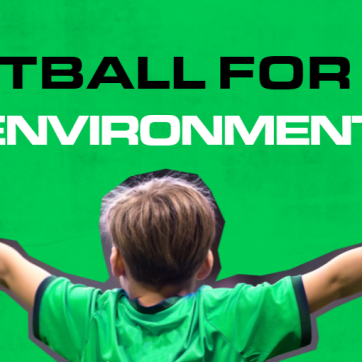 Avocet Holding kft is home to an initiative called Planet Super League. Their dream is to work with football club fan-bases and tap into the characteristics that drive this particular community (i.e. competition) to undertake climate-related behavioural change challenges. They are looking at whether this kind of endeavour can be funded by proceeds of sponsorship. 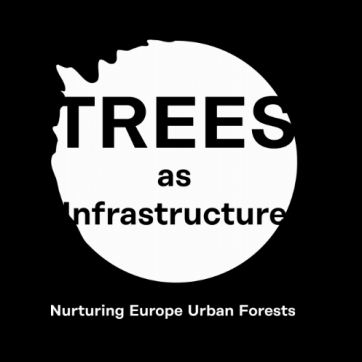 Through the Trees as Infrastructure project, Dark Matter Laboratories are exploring the question: what if municipal accounting accounted for all the externalities of trees; rather than just maintenance costs, could you use that information to converge our value of the live-environment(s) and built-environment(s)? 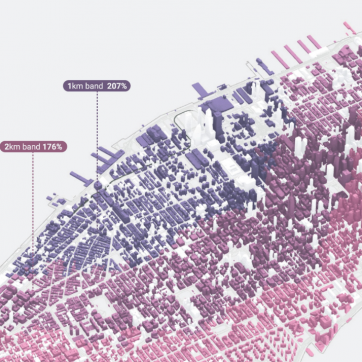 The Smart Covenants experiment with Dark Matter Laboratories explores how advances in digital technologies and digital contracting, combined with granular property value data analytics and visualisation, could help to rewrite the conventional property deed, and as a result create platforms for more localised investment in public infrastructure. Could we all be owners of infrastructure?

Institute for Sound and Music 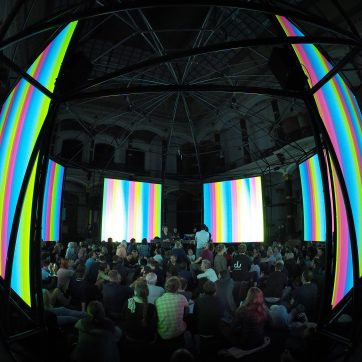 The Community Activation team held an exploratory event with the Institute of Sound and Music in Berlin (ISM) in December 2019.

The focus of the collaboration was the design, organisation and facilitation of an event focused on creative place-making and social impact of cultural institutions and their role within the context of a climate-resilient future.

Please see Video 1 and Video 2 for more information on ISM. 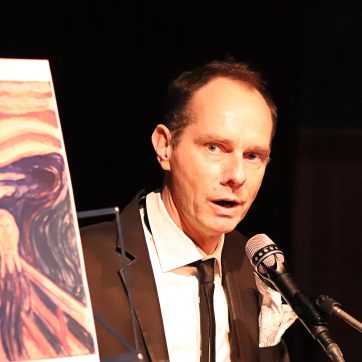 Watch out! The performance artist is coming!

Clearly, fear is not working in communicating the acuteness of the climate crisis. Or is it? We have been working with the Danish-Dutch-Swedish performance artist Olof Olsson, to think about “What we talk about when we talk about the climate (and why we should laugh more while doing it)”. The brilliant pilot performance took place in November 2019, and we are currently working with Olof on continued collaborations for 2020. 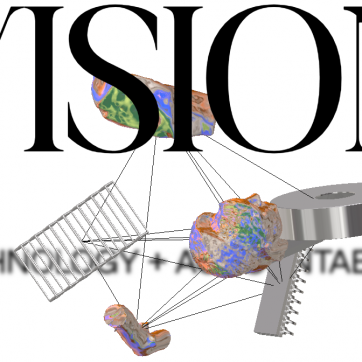 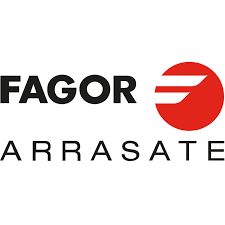 Fagor is working on Data Dragon, a tool to manage large amounts of data employing deep listening for citizen engagement and real-time policy reactions. Fagor is one of the main cooperatives enterprises in the Debagoiena, Spain. The Valley cooperatives understand that what they have developed – over the past 60 years or so – is a distributed system of trust and accountability that could become a safe-home for meta-data in the future. 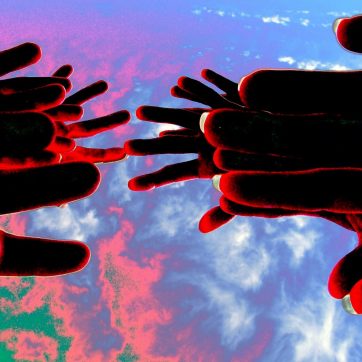 Other Spaces is a Helsinki-based Live Art collective with members from different fields of art. The group’s work is based on collective corporeal exercises that allow visiting nonhuman experiences, phenomena and forms of being. During its 15 years of working history the collective has developed over hundred exercises and become one of the most influential and international Live Art groups in Finland. The performances and workshops of the group aim to increase empathy and understanding of interspecies relations, ease planetary fear and explore more sustainable and collective ways of being. The artistic work of the collective suggests that meaningful experiences can be found nearby, without travelling far.

Other Spaces Live Art collective offered a creative and awakening session for Moments Matter. In this session participants learned some simple exercises to explore the ways in which we can bodily encounter one another in remote settings by visiting “other spaces”.

The rise of the global nightlife advocacy movement 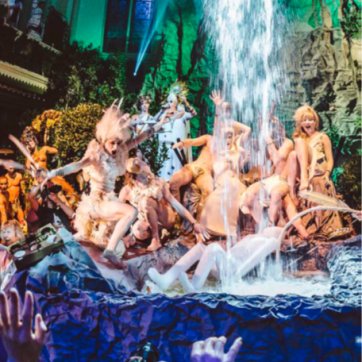 What does a thriving nightlife have to do with healthy and resilient cities? And how do we express the value of nightlife culture to those who have never set foot in a club?  Creative spaces are today’s principal breeding grounds for the development of new strategies, policies and initiatives aimed at making culture and creativity a driving force for sustainable development and urban regeneration through the stimulation of growth and innovation and the promotion of social cohesion, citizen well-being and inter-cultural dialogue. The Creative Footprint (CFP) is a sociocultural initiative that maps and indexes creative space to measure the impact of nightlife and cultural activity on cities.

EIT Climate-KIC’s Community Activation team invited Vibe Lab to design a Deep Dive into governance of the night-time city and to explore nightlife culture as a catalyst for creativity, innovation, equality and empowerment:

The VibeLab founders Lutz Leichsenring and Mirik Milan, and a selection of their international associates in the field of nightlife advocacy, addressed an internal group of stakeholders from EIT Climate- KiC about the rise and rapid maturation of the nightlife advocacy movement which they have been so instrumental in.

The speakers discussed the importance of shifting the narrative around nightlife culture away from its long-held associations with degeneracy and danger, and ways to promote and protect cities’ after-dark culture as an essential time and space in which to build inclusive, innovative and sustainable creative communities and industries.

From the rise of the essential role of the night mayor, the importance of collecting quantitative data, and the development of a collaborative guide to rebuild a stronger and more sustainable industry post-pandemic, VibeLab is working to educate and empower changemakers, and unlock the cultural, ethical and economic potential of the night.

While one could argue whether hedonism is vice or virtue, dance and nightlife culture is proving itself to be a catalyst for creativity, innovation, equality and empowerment. However nightlife culture has also proven its fragility: against gentrification, hostile restrictions, and neglect in policy and planning. Therefore, it needs targeted protection, promotion and support. It needs champions.

Since VibeLab co-founder Mirik Milan was appointed the official night mayor of Amsterdam in 2012, the movement of nightlife advocacy has gathered pace, propelled by the rise of night mayors as a valuable new form of urban governance after dark.

This nascent role – sometimes sitting within government, sometimes without – has proven invaluable in encouraging and facilitating cities’ nightlife industries to form a more organised and united front, in improving public and political perceptions of nightlife’s value and operation, and, most crucially, in acting as a liaison between all concerned parties, and building bridges between nightlife industry stakeholders, participants and policymakers.

By creating a mutual understanding between these parties, the night mayor changes the game.

As seasoned and motivated nightlife advocates, Milan and Leichsenring – who is currently spokesperson for Berlin’s Clubcomission – have been instrumental in encouraging the establishment of night mayors or similar positions in new global regions, and exchanging know-how internationally. This has been done by hosting an international night mayor summit in 2016, and VibeLab powered “Night Camps” in New York, Tokyo and Sao Paulo, all the while building and strengthening the connectivity of an international nightlife advocacy network. There are now more than fifty night mayors worldwide.

Mapping and quantifying the creativity of cities

How can cities attract the creative thinkers and changemakers of the future? Creativity cannot be bought, therefore an environment must be created which makes it possible.

Creative spaces are principal breeding grounds for cross-cultural dialogue and exploration, community building and the development of innovative ideas and strategies. They are essential to cities’ sustainable cultural development and once lost – to development, restrictions or rising rents – are difficult to reclaim.

VibeLab has created a method to capture these spaces and their value. The Creative Footprint (CFP) is a sociocultural initiative that maps and indexes creative space to measure the impact of nightlife and cultural activity on cities. Since its founding in 2017, CFP has been conducting community-based and collaborative venue mapping in Berlin, New York and Tokyo, providing nightlife advocates and politicians in these cities with concrete data to strengthen the case for protecting and introducing creative spaces, and bolstering their surrounding infrastructure.

Nightlife is leading the way in sustainable development goals

The world is working to achieve the 17 United Nations Sustainable Development Goals by 2030, and cities are the chief battlegrounds for this development. In their midst but often unseen, nightlife communities are at the forefront of pursuing these goals – of gender equality and social inclusion, of sustainable resource consumption and expanding economic opportunity.

Forced into shutdown by the global pandemic and struggling to stay operational, many nightlife industries are also seizing the opportunity for a reset, collaborating and innovating to not only ensure their survival, but return with tactics more aligned with their long held goals of inclusivity, equality and environmental and economic sustainability.

Enter the VibeLab-powered Global Night-time Recovery Plan (GNRP), a multi-chapter practical guide for cities to determine the best way to design and execute a safe and feasible strategy to reactivate their creative and night-time economies. Soon to release its third chapter, with more to come, VibeLab’s GNRP is the work of a global collaboration of nightlife stakeholders, advocates and academics, facilitating an ongoing exchange of ideas and examples, and fostering healthy competition between cities to be at the forefront of innovation and creativity.

Despite suffering varying states of shutdown, or perhaps because of this, nightlife communities are working together to become leading problem solvers on some of the biggest issues of our time.